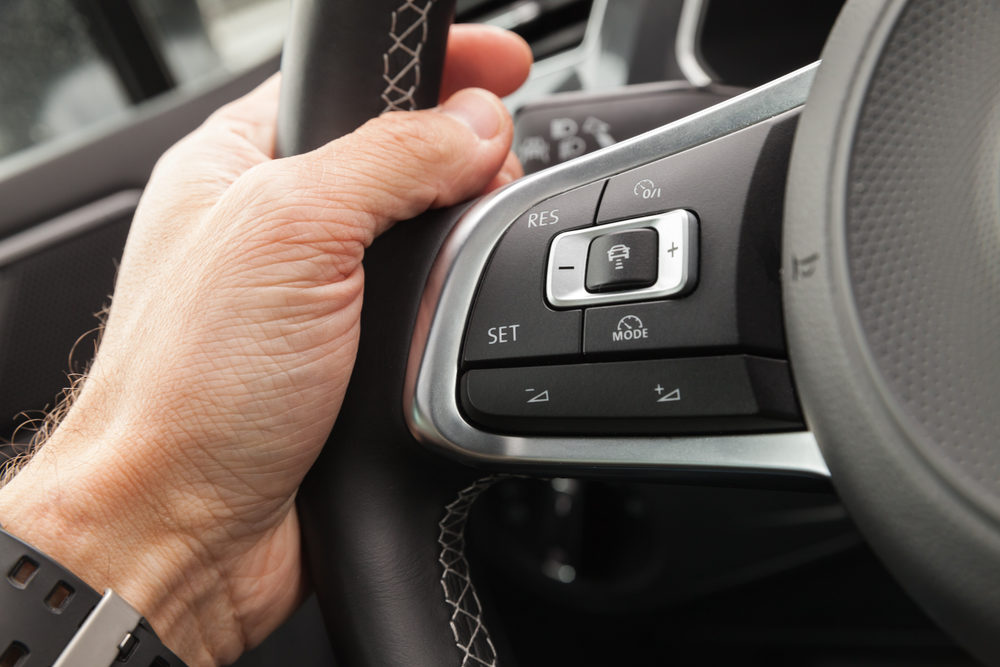 Auto technology has come a long way in the last few decades, including the advancement of standard cruise control to adaptive cruise control (ACC). ACC is a system that automatically adjusts a car’s speed to keep a safe following distance and remain within the set speed limit. Sounds safe and convenient, right?

Unfortunately, several recent studies have found that drivers use the ACC feature to speed, often setting a speed higher than the posted speed limit. The system will let the driver select any speed, which of course, seems counterintuitive to the idea of safer driving. With traditional cruise control, drivers have to reset their auto speed every time they touch the brake. But with ACC, no breaking is needed as it uses special sensors to maintain a safe following distance pre-selected by the driver. Some ACC systems, often called pilot assist, even keep the car automatically centered in its lane. But this technology can still only do so much, so the driver still has to remain focused.

One study by the Insurance Institute for Highway Safety (IIHS) wanted to determine the correlation between ACC and speeding. Researchers looked at the behavior of 40 Boston drivers for a month, each of which was given either a 2016 Land Rover with ACC or a 2017 Volvo with both ACC and pilot assist. They found that drivers were 24% more likely to speed with these systems on and at a greater speed than they usually would without using the systems. The study considered any speed over the posted legal speed limit to be considered speeding.

The study found that when driving in 55 mph zones drivers exceeded the speed limit at the largest margin, and drivers using the assistive technology upped their normal speed by an average of more than one mph. Even though this may sound insignificant, according to the study, “Leaving aside any other effect these features may have on crash risk, however, it means ACC and partial automation users are at about 10 percent higher risk of a fatal crash, according to a common formula for calculating probable crash outcomes.”

But studies with this many variables always have a more considerable margin of error, and this one didn’t account for some factors that make typical car crashes less likely. Some drivers, for example, likely picked a greater following distance in their ACC settings to correspond with their higher speeds. Notably, ACC is designed to match the speed of the vehicle ahead of you, so the vehicle may respond differently than a human driver.

And the findings don’t mean that ACC is always dangerous. Analyzing insurance claims data showed that ACC might actually lower the risk of a crash, and other studies demonstrate these drivers using greater following distances and fewer lane changes than drivers in cars without it. But speeding with these assistance features marketed for safety is common enough to be a concern.

Related: An Attorney Can Help Navigate the Aftermath of a Car Accident

A more recent 2019 study by the AAA Foundation for Traffic Safety determined that these systems make their drivers more vulnerable to a crash. Drivers assume they’re safer with it on, so they don’t pay close attention while driving. They put a little too much trust in their systems and don’t always fully understand it, outweighing the safety benefits. That study found that ACC and ACC with pilot assist make drivers nearly twice as likely to become distracted drivers, a sobering statistic indeed.

Cruise control can create many dangers that may not be present without it:

Remember, in the United States, someone gets in a car crash every minute. That means the odds are high that you will find yourself in one eventually.

For 90 years, the team at Murray & Murray has been fighting and winning personal injury auto accident cases in Ohio. Give us a call anytime at 419-664-3711 or contact us online. We’ll be with you every step of the way. An Attorney Can Help Navigate the Aftermath of a Car Accident

Can I Sue a Company for Retaining a Negligent Employee?